Capping Off a Great Day at Putting for the Arts 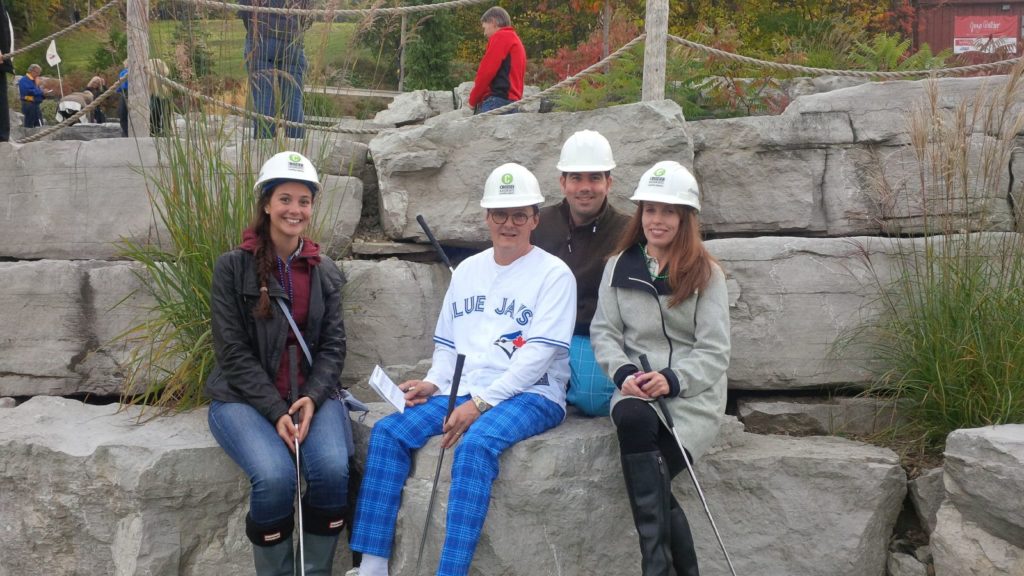 Once again our Crozier & Associates’ team added a little extra to their style for Theatre Collingwood’s annual “Putting for the Arts” fund raiser.

This year it was hazard-ready hard hats and a dash of Blue Jay panache –mild compared to prior years when they navigated the course in hockey gear and retro wigs! 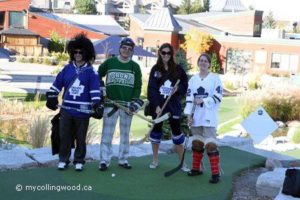 The annual event, held October 8th at the beautiful 18 hole, par 67 Cascades Putting Course at the base of Blue Mountain, drew a sell-out group of golf, theatre and fun-loving enthusiasts.

In addition to the putting challenge there were draws, entertainment, contests and a silent auction topped off with a great dinner at Copper Blues Bar & Grill in the Blue Mountain Village. 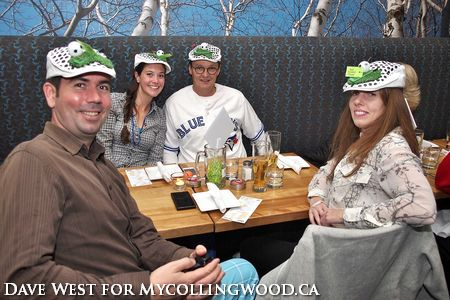 Which is where our team’s hard hats were gladly retired in favour of sporty one-of-a-kind golf caps – their prize reward as the “best dressed” players of the day!

Don’t be surprised if you see these fashion treasures take center stage in the foursome’s look for next year’s event!

Over $13,000 was raised at this year’s Putting for The Arts to support Theatre Collingwood which has been bringing professional live theatre to the area since 1984.

Print | Back to Our Community
The Big Red Run Rules! They Crushed It !