Home > Who We Are > Our Communities > They Crushed It ! 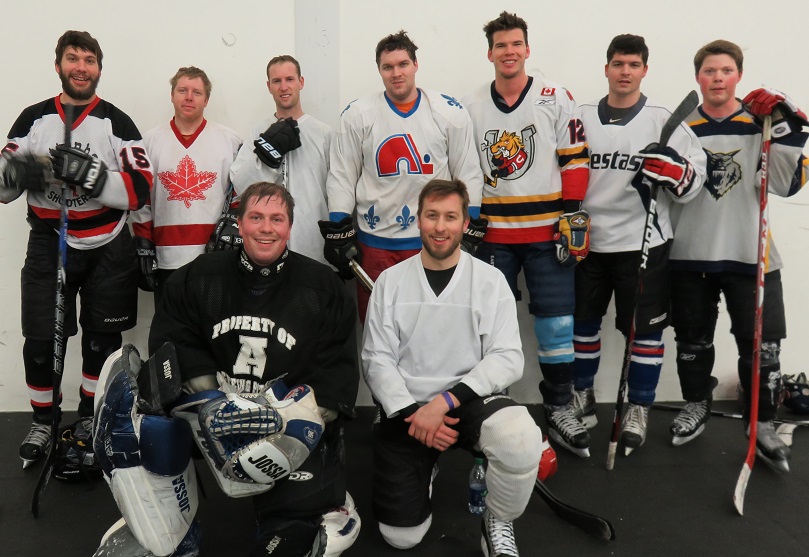 Victory powered in on sweat, bad hair and sorely tested muscles but it looked good on our “Crozier Crushers” who claimed the Division B championship in the 2nd Annual FOURS Hockey Tournament at the end of January.

It also felt good, knowing that money raised in the 12 team tournament goes to the charitable works of The Rotary Club of Collingwood South Georgian Bay.

A call-out to Stu West for “stellar goaltending”, Chris Boyce for “coaching cool” and all team members for full-out great playing. Special thanks to Kevin Morris, long-time Rotarian, for organizing the team’s entry.

And in the spirit of sportsmanship, a special mention to our team’s arch nemesis, the “Tatham Thrashers” (or should we say…Thrashed? ) for a game well played.  See you next year!