The scorecards are in, and once again the Collingwood Mullets took home the Crozier Cup!  In line with Crozier Cup tradition, it rained, but it didn’t dampen the spirits of our golfers.

Foursomes from Toronto, Milton, Collingwood, and Bradford headed out to the Ferns Golf Club in Markdale to vie for the coveted championship trophy.

The Milton Metros put in a good fight, and did end up winning one of the foursomes, but the Crozier Mullets once again were victorious. 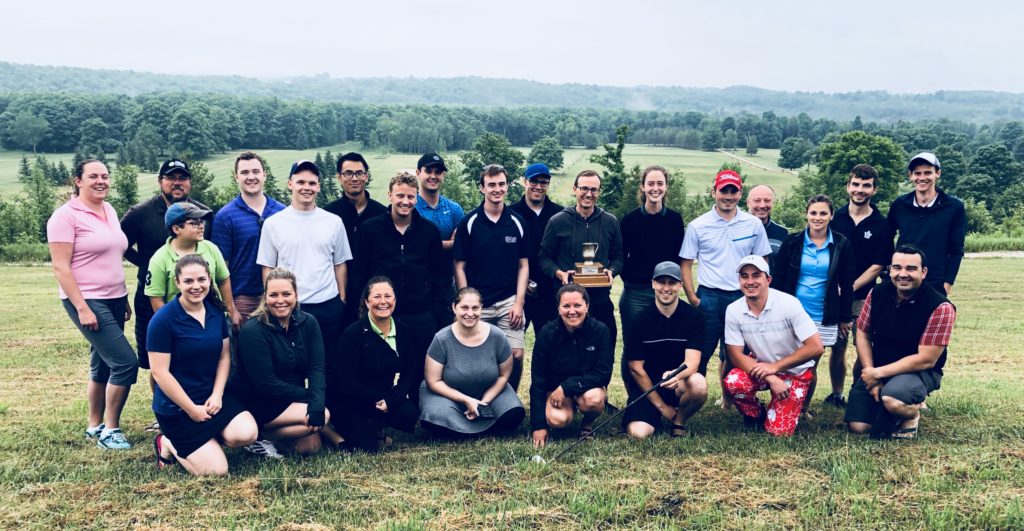