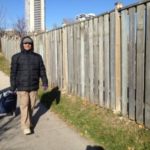 Arun Agarwal chooses the sidewalks of busy Don Mills Road over quiet park pathways as a route to the grocery store because he likes to see people when he’s walking.

Arun Agarwal, 65, walks to buy groceries every day. He does it because he likes it. Shopping is his excuse to leave the car at home in his suburban Don Mills neighbourhood so he can hit the sidewalks for up to 10 kilometres per week.

Mr. Agarwal could be the poster child for Toronto Chief Planner Jennifer Keesmaat’s crusade to make walkability a pivotal city planning principle. “Walking is fundamental to our survival,” she said in a public lecture last month, claiming it is critical for both human health and the city’s economy.

And while walking is almost unavoidable in the urban core, Ms. Keesmaat also has a plan to retrofit the suburbs for foot-friendliness — ambitious, given the vastness of Toronto’s suburban landscape.

The ecoboom generation wants to walk to work

Research continues to point to the link between health and the shape of communities. A recent study showed that the more walkable your neighbourhood, the lower your chances of developing diabetes. Childhood obesity may also be linked. Whereas 70% of children walked to school in 1969, today that number has dropped to 30% and childhood obesity has reached epic proportions.

Toronto spent the ’50s and ’60s converting farmland into suburbs populated by single-family houses and nowhere to walk to, Ms. Keesmaat said. “You can’t walk to work, to visit a neighbour, to get your hair cut, to go out for dinner, because it is disconnected from the urban fabric.”

Though she has a fix, it will come over time as multi-use midrise developments with a retail base increasingly pop up on suburban priority arterial roads already served by transit.

But this isn’t a made-in-Toronto plan, it’s part of a North American movement. Municipalities once needed to force walkability on developers by regulation, said Alexander Fleming of Crozier Engineering. But his developer clients now consider walkability a selling point with customers.

North America may be on the path to urbanizing suburbs but people are conflicted, traffic engineer Naji Alimam of LMM Engineering said. They want green but at the same time they also want their double or triple car garages and they want to be on a quiet cul-de-sac.

He said it will take a long time before the suburbs become walkable, and personally, he’s in no hurry. “I live in Oakville in the suburbs and I like it,” he said. “I don’t like the traffic and the very high density of downtown Toronto.”

To doubters who say it’s impossible to make vast suburban tracts walkable, Ellen Dunham-Jones, a professor of architecture at the Georgia Institute of Technology, says she has 800 examples to prove the opposite.

In the past five years between 150 and 200 suburban rezonings were completed in the U.S. to create mixed-use, walkable developments. Some are huge projects where owners of neighbouring malls joined up their parcels to create a single residential, office and retail development.

Walking is the cheapest thing we can do.

Smaller-scale streets would make Mr. Agarwal’s trip to the grocery store more interesting than his current route along Don Mills Road’s six lanes of roaring traffic. He said pedestrian conditions in his neighbourhood could be improved, but he continues to walk to “keep body and mind active.”

It also puts eyes on the street, which can discourage crime. That’s why “the best thing you can have in a neighbourhood is a corner pub,” Ms. Dunham-Jones said. With people out and about until 2 a.m., you’re going to have a safe street.

In the meantime though, on the barren roads near the Peanut Plaza in North York, Renata Lavia, 60, has stopped walking in the neighbourhood where she has spent her whole life, because she’s afraid.

“It’s getting a little bit bad,” Mr. Agarwal agreed. He has witnessed purse snatchings and kids beating up other kids to steal their things. When his wife sets out for an evening stroll these days, he no longer lets her do it alone — yet another reason for him to walk.