Home > Who We Are > Our Culture > The Milton Metros Take Home the Cup! 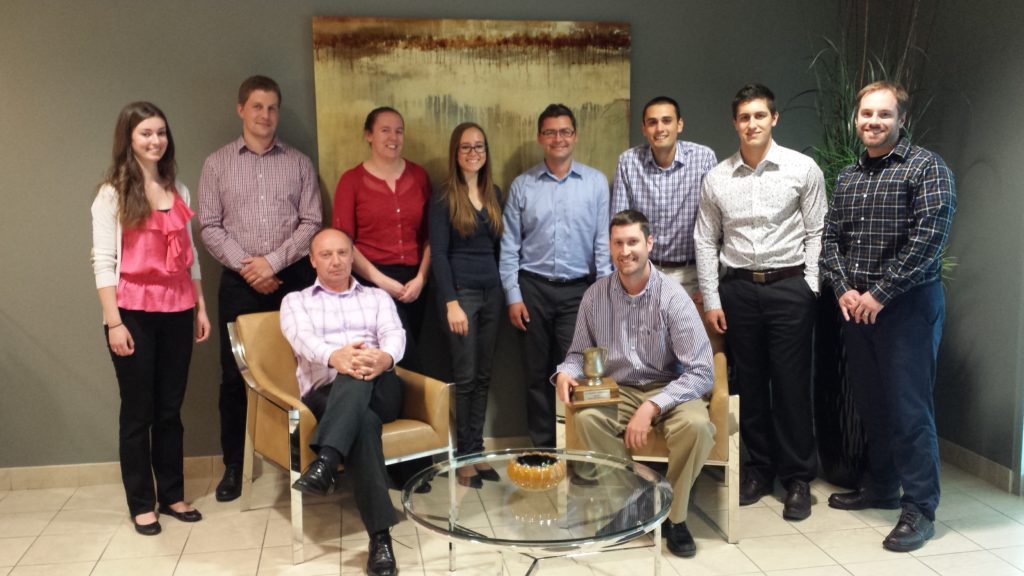 Behind the smiling faces and casual poses of these colleagues in our Milton office, there beats the fierce competitive hearts of golfers at the top of their game!

Now we admit  “top” is a relative term, but last Saturday when the Milton “Metros” stepped onto the course at the Silver Brooke Golf Club in Lisle, Ontario to compete in the 5th Annual Crozier Golf Tournament against the Collingwood “Mullets”…..let’s just say they were game-ready. 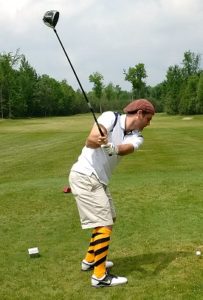 Jesse Matchett in the swing!

READY… To play-through the on-again-off-again downpour.

READY… To be undaunted by Jesse’s dress-for-success attire.

READY….To take any and all distractions in stride (like our less seasoned golfers side-game of “cart-golf”).

AND MORE THAN READY…. to break Collingwood’s hold on the championship and bring the coveted cup back to the Milton office!

Did I hear a Mullet murmur….until next year?

Print | Back to Our Culture
No matter how thin you slice it…there will always be two sides! The Many Faces of Lunch n’ Learn