Home > Who We Are > Our Culture > #HumboldtStrong – Jersey Day At Crozier

Hockey Night in Collingwood for us has been a spring and fall game, for no particular reason other than to play a good game of shinny with Coworkers and friends.  To be able to brag about the number of goals scored, to laugh about Austin and Aaron getting “bar down” on Kevin, or Jesse “slapping home a howitzer into an open net while Kevin danced with the defense behind the net”, and I don’t think anyone will forget Kaile missing that open net or “Papa Boyce’s stellar moves on defense”.  We don’t have many fans but we do have the best fans, who may push the buzzard button a wee bit early, but still cheer us on and would like to give a “shout out to our favorite Crozier representatives Pat and Dylan”.

However this shinny game was a little different as 18 skaters and 2 goalies stepped on the ice one Friday night thinking about the devastating tragedy of the Humboldt Broncos hockey team and support team, including coaches, team physiotherapist and bus driver.  That night we didn’t chip in for the ice time, we chipped in to support the Broncos and our hearts and thoughts go out to everyone that has been effected by this tragedy.

“When we hit the ice on Friday, all I could think about was the players of the Humboldt Broncos that will never hit the ice again and some will never see their family and friends again.  This was just a casual pickup game between some colleagues and friends but it meant a lot more than that to me.  We got to show our appreciation for the game itself and have fun while we get to support the Humboldt Broncos through this tragic event that shocked the world. It is a very unfortunate event that will be remembered in hockey history forever.   All the best to all the families and players that were affected on that fateful day.”  Aaron

Friday night’s shinny game was sponsored by the management team, with each player donating their ice time funds to the families who were affected by this devastating accident.  On Friday April 12th, across all offices, we wore our jerseys to show support for the Humbolt Broncos. #HumboldtStrong 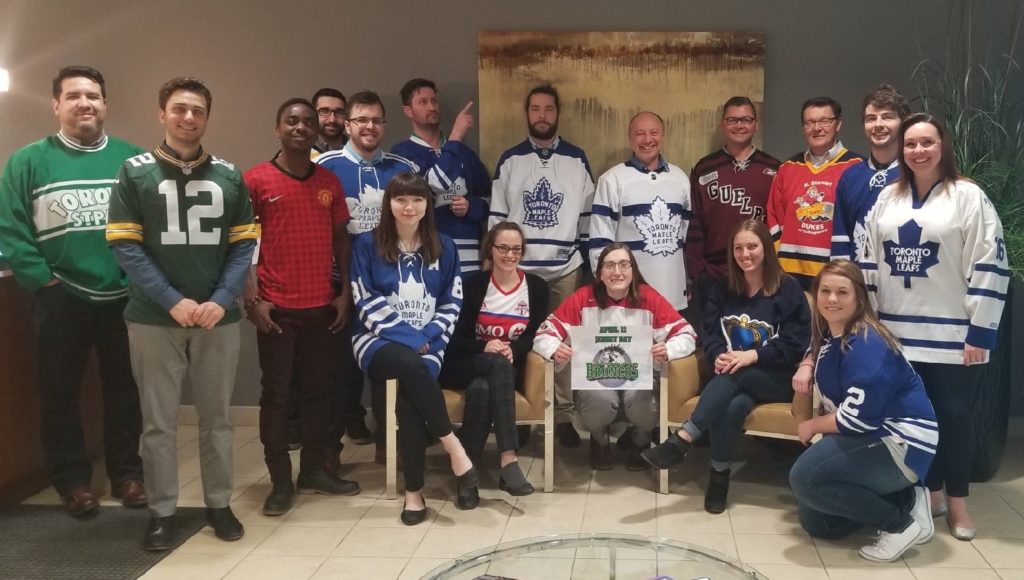 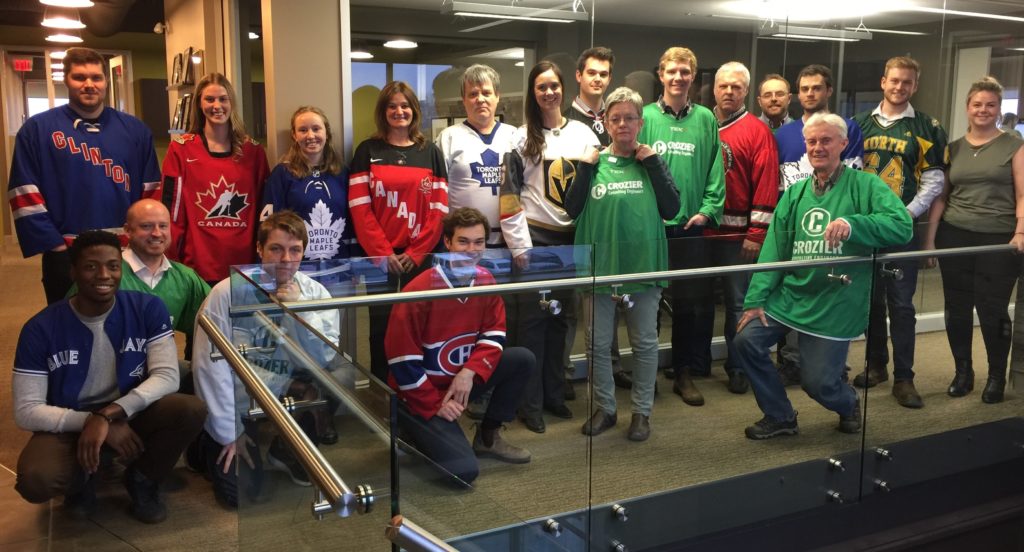