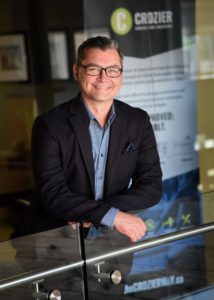 d to announce the appointment of Nick Mocan, P.Eng., as president. Nick will succeed Chris Crozier, P.Eng., founder and CEO, who has held the presidency since the company’s inception in 2004. This significant development in the leadership team marks a new chapter for the company and will support its continued growth in residential, commercial, industrial and recreational resort land development sectors across Canada.