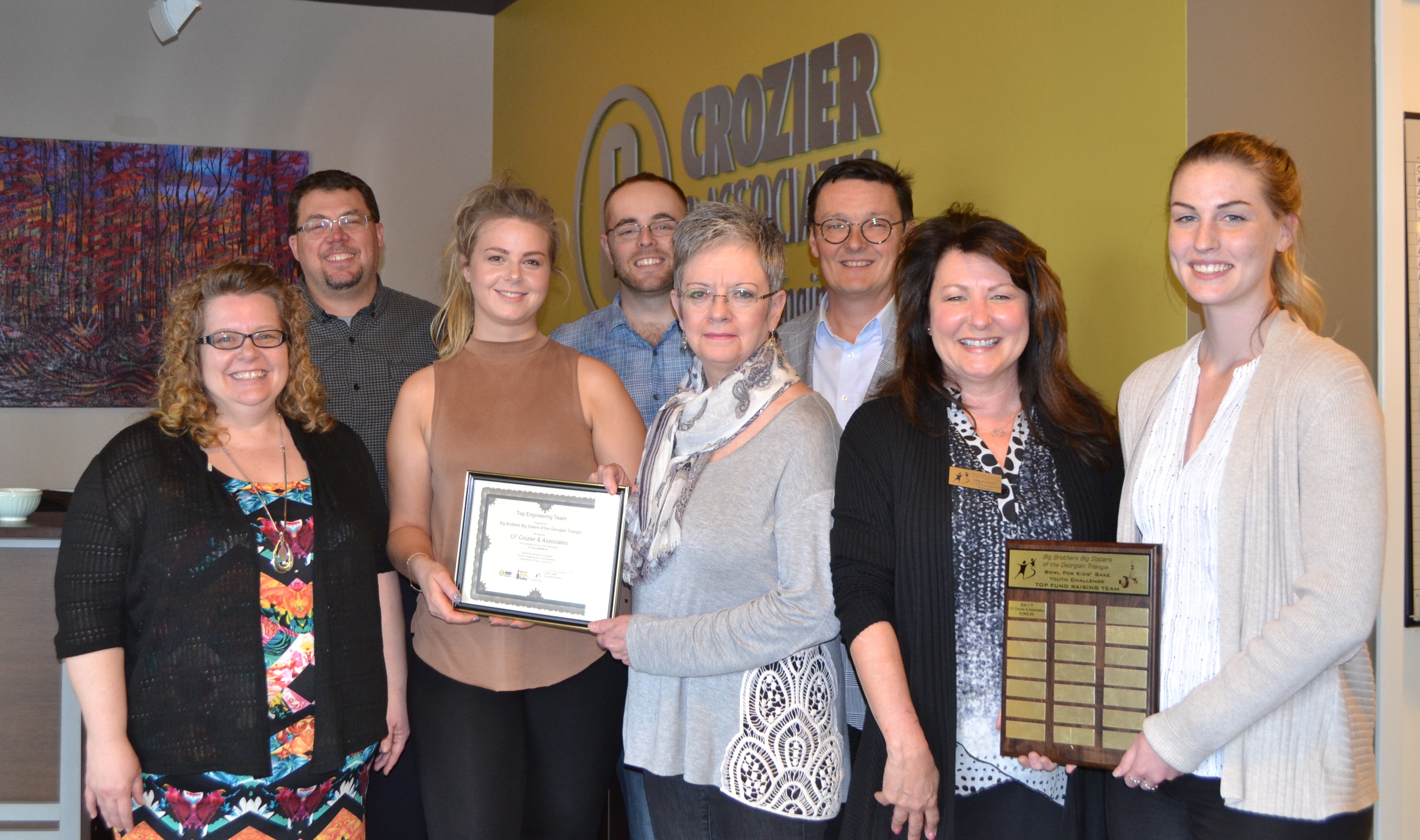 As a follow-up to Bowl For Kid’s Sake, Robin Heald and Deb Piggott from Big Brothers Big Sisters of the Georgian Triangle dropped by Crozier & Associates office on April 27th to present Crozier staff with a certificate for “top engineering fundraisers” for the 2017 campaign. Coupled with title corporate sponsorship of this year’s Bowl For Kid’s Sake, staff, family and friends participated and raised additional funds through sponsorships, raising a grand total of $8,960.  Events included a staff bowling night at Georgian Bowl which kicked off this year’s campaign, along with Wii bowling night at Crozier’s office in advance of the bowling night.