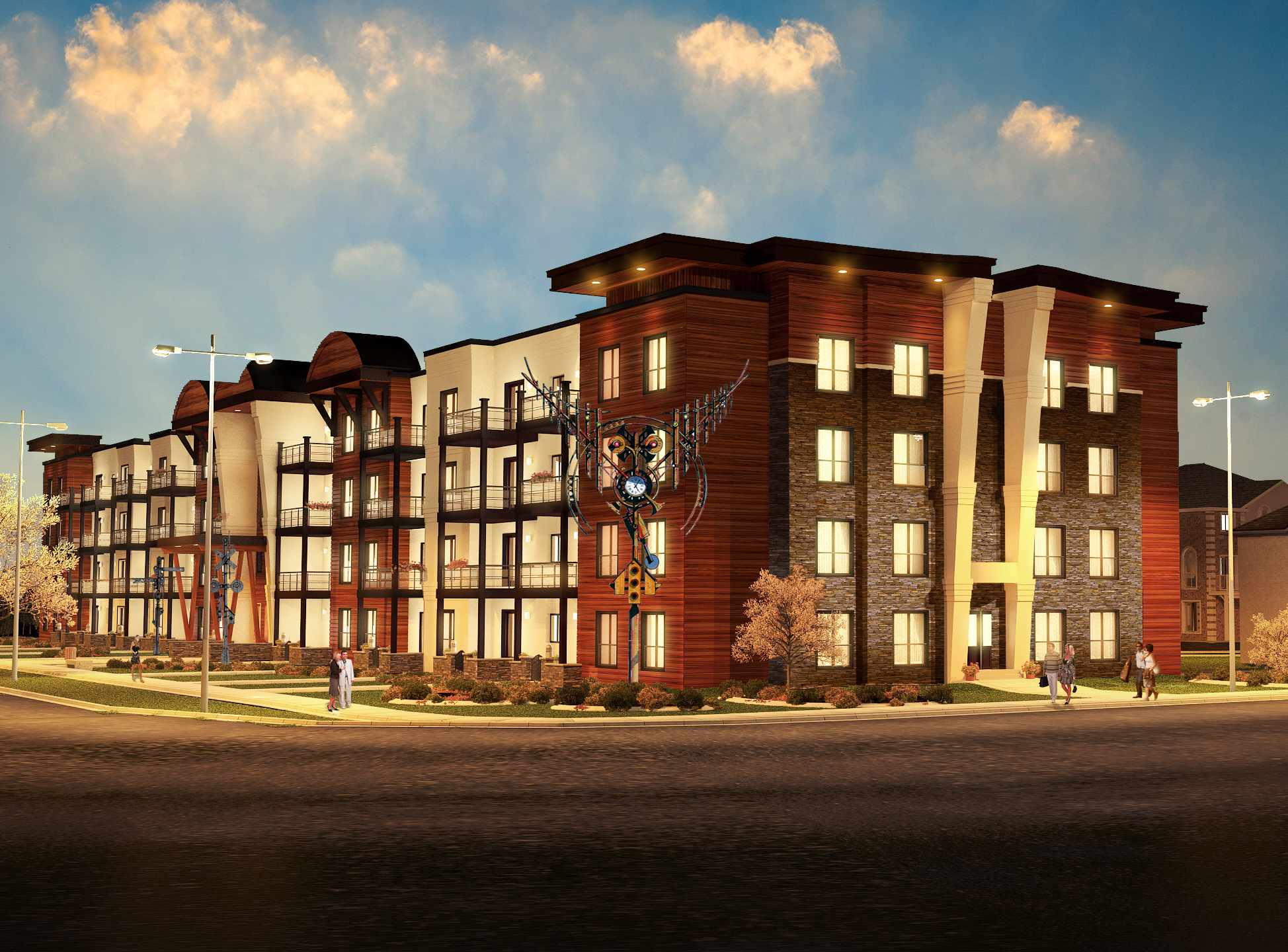 Crozier’s structural team designed the structural engineering plans for both buildings in the development.

Yonge Station’s two condominium buildings have a total of 166 units, ranging from 867 to 1,158 sq. ft. The units each have a balcony or terrace and underground parking. The Community hosts landmark art from internationally renowned artist Ron Baird, creator of Barrie’s famous Spirit Catcher. With a central park, fitness center and public art installations, Yonge Station is a family centric community in a quickly developing area of Barrie.

When construction of the Yonge Station Community began in 2015, Crozier’s construction team tendered and administered the contract. During construction of the community, our engineers monitored the buildings’ progress by frequently visiting the site and by maintaining consistent and open communication with the builder, Pratt Homes. Homeowners moved in between 2016 and 2017, and since then, Crozier’s relationship with Pratt Homes has continued to grow.