In early 2011, America’s retail giant, Target, announced its expansion plans into Canada with the acquisition of leaseholds from Canadian-owned Zellers. Crozier & Associates, working closely with MHBC Planning, was awarded carriage of its planned Ontario distribution centres in Cornwall and Milton. 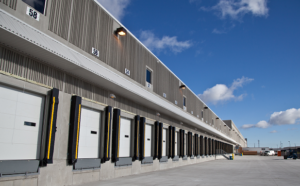 Rapid progress was achieved through marshaled resources and early collaboration between the project team and regulatory agencies including Town of Milton, Region of Halton, Conservation Halton, Ministries of Transportation and Environment, CN Rail, City of Cornwall, Trans-Northern Pipeline Company and other utility companies. Our firm maintained a full-time presence on both construction sites to oversee installation of all civil infrastructure.

By December 2012, Crozier & Associates had successfully expedited the aggressive timelines associated with these large-scale projects, in tandem, from evaluation, through design to construction of the site services, grading and stormwater management.