In February 2021, we launched our First-Time Home Buyers’ Assistance Program  – a new benefit that provides Crozier employees with a gift of up to $20,000 to help with the purchase of their first home. One of our early recipients was Brendan Walton, P.Eng., a young and ambitious Project Manager from our Milton team, who’s been with us for over five years.

“I was in shock when I heard all the details, to be honest.” Brendan replayed. “What I received enabled us to purchase our home and avoid being outbid again.”

Brendan and his fiancée had been searching for a home in Guelph for over a year. “We’ve always wanted to live in Guelph. It isn’t far from the office – about 25 minutes, so it’s perfect for me. It’s nice to know I can work from home if I choose, but also important that I’m close enough to come in and collaborate with my team.”

The couple submitted offers on a few properties they had fallen in love with. When these offers were turned down, it became difficult to remain positive. Buying a home in Guelph seemed to be falling out of reach.

“We were starting to settle on the fact that we might have to move further west – a sacrifice we were willing to make.” Brendan explained. “We saw one house that ended up selling for $120,000 over-asking even though our home inspector noticed several major issues – it was nuts.”

But after months of viewings, home inspections, and unsuccessful bids, Brendan and his fiancée were finally able to purchase their first home with the help of our First-Time Home Buyers’ Assistance Program. They received their keys in late winter, moved to Guelph with their furry friends, and put the woes of real estate behind them. 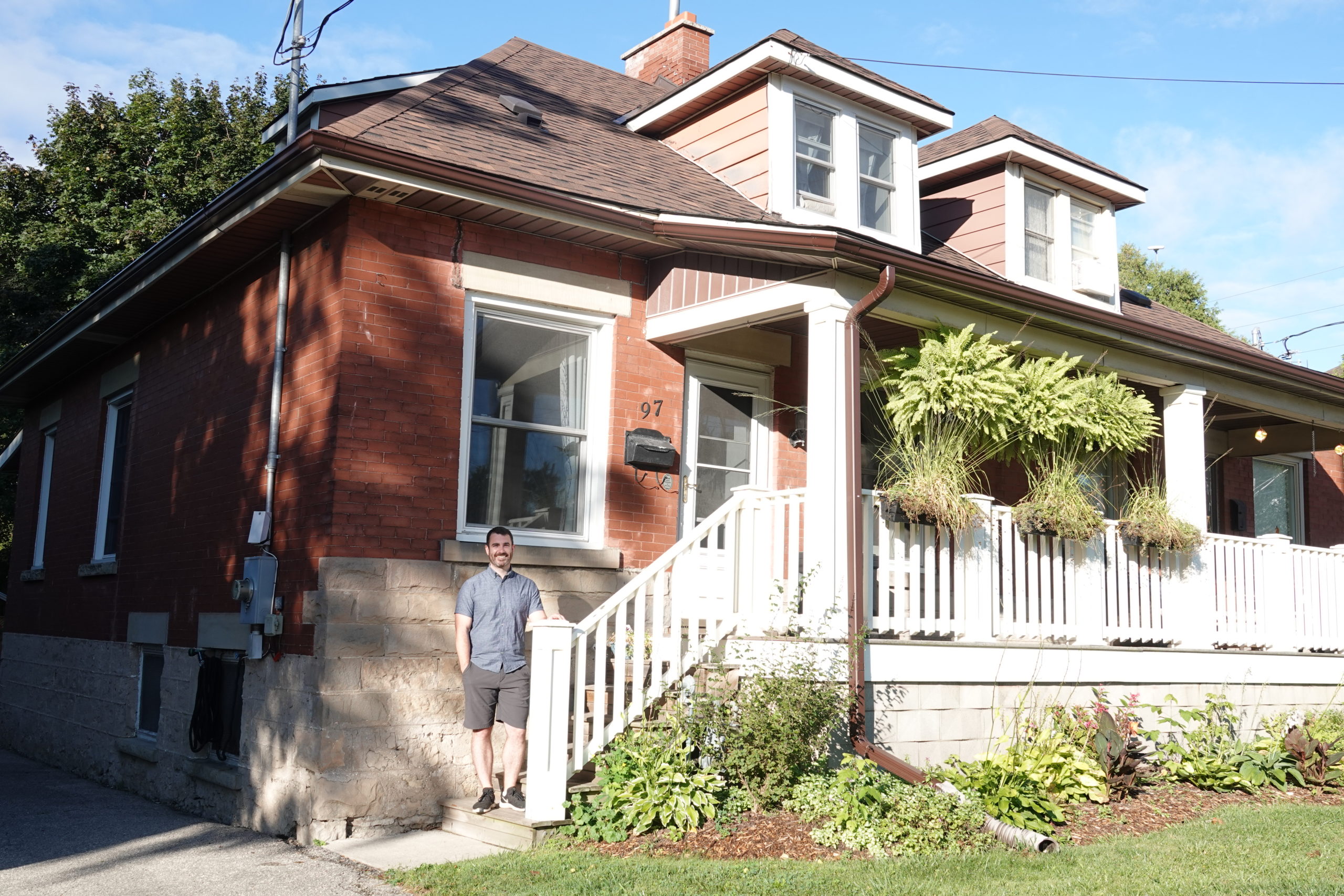 The First-Time Home Buyers’ Assistance Program removes some barriers to homeownership, allowing individuals like Brendan and other fellow recipients, to make it a reality. Explaining what the support added to his investment, he said, “This is the difference between someone having enough money for a down payment and not – it’s a gamechanger.”

Brendan reflected on his positive experience with us and when asked what he enjoys most about his job, he replied, “The team. If you’ve ever played a team sport, you know you aren’t out there just for yourself. You’re part of something bigger, in the same way I’d block a shot for my goalie. There’s the sense of camaraderie and understanding that we’re only going to get better if we have a good group of people, and we’re always working towards a common goal. If you’re down, someone’s going to be there to pick you up. I’ve been lucky to work with some really good people.” 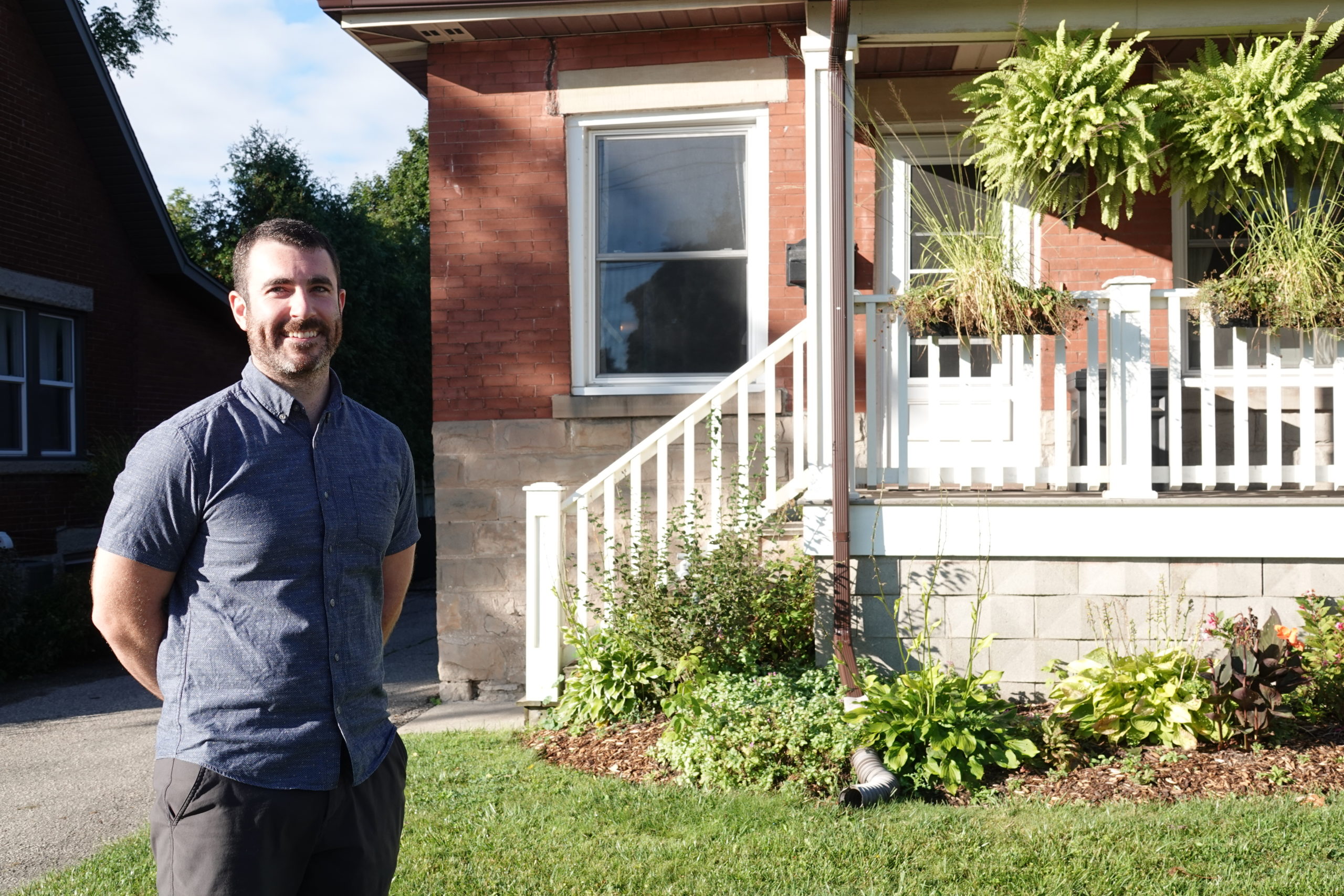