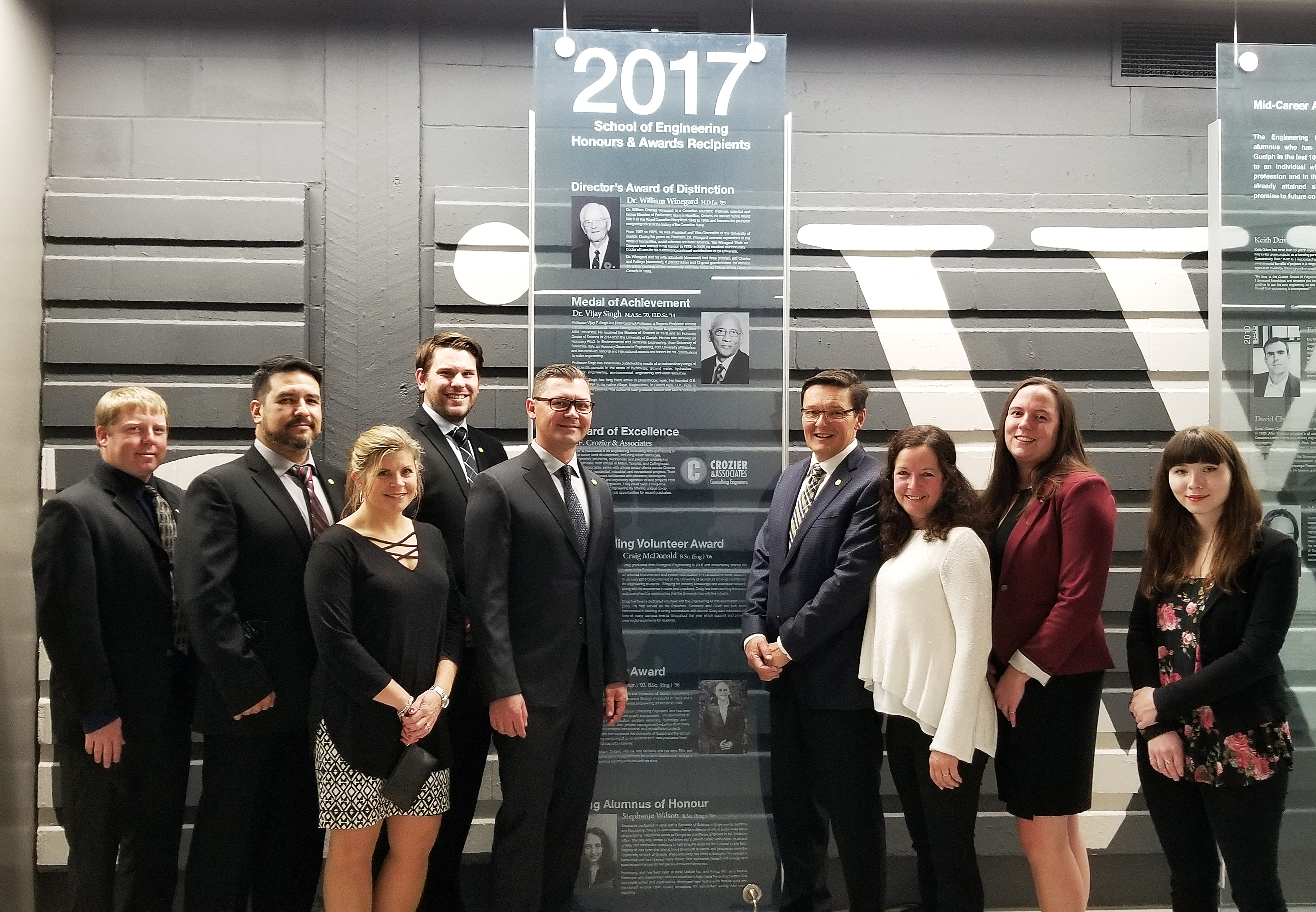 Chris Crozier, founder and Principal, and Nick Mocan, an Associate and Guelph alumnus, accepted the award on behalf of the company. Nick was the recipient of the Mid-Career Award from the School of Engineering in 2013, which recognizes alumni who have earned respect within the engineering community and show significant future promise. In 2014, he delivered the keynote address at the University’s Annual Symposium for graduate engineers. As part of his role at Crozier, Nick provides mentorship to our students, Engineers-in-Training (EITs), engineers and technologists, helping them grow personally and professionally and develop key skills for career success.