Thumbs Up to a Great Event!

Whether you were a newcomer or a seasoned veteran of award events, you would have been hard-pressed not to be impressed with the Milton Chamber’s Community Awards Gala held on April 10th at the Granite Ridge Golf Club.

Not only will our taste buds be forever grateful to the chef and staff for the gourmet spread (which, we confess, was snapped on a few cell phones for inspiration at home), but the flawless execution of the evening’s agenda by the Chamber truly mirrored the excellence we had gathered to celebrate in the community. 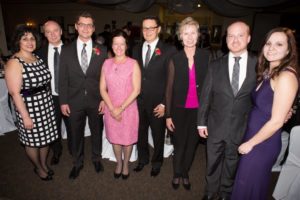 As with anything done well, the logistics of meeting the needs and holding the interest of a roomful of gregarious people, appeared effortless – which had the intended effect of shining all the light of attention on the nominees and award winners.  It didn’t hurt that the video clips and heartfelt words of the award recipients themselves, were refreshingly individual and candid. 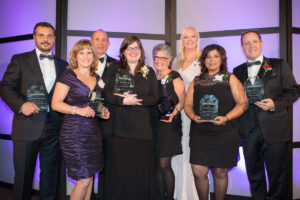 As they shared their insights and spoke of their gratitude, it struck us that they, in turn, were also stepping back, despite the hard work invested in their achievements, to shine the light of attention on the people and the opportunities that define the Milton community.

That the evening was over before we checked our watches or thought about the drive home, perhaps says it all. From start to on-point finish, the event was remarkable. We felt privileged to have been included in this year’s company of nominees and award recipients. And although the expression is often overused, in this instance, we sincerely came away feeling that we were all winners.