With the increasing frequency of extreme weather conditions and flooding, the subject of stormwater management has made its way from primarily engineering-circle talk into the conversations and concerns of everyday Canadians. Yet despite the devastating personal and economic impacts of wide-scale flooding on communities across the nation, the gap between awareness and preventative action shows no sign of narrowing, according to the seventh annual RBC Canadian Water Attitudes Study. 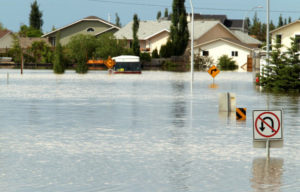 In her blog “Change in Attitude”, Rachel Phan explores these findings, which seem almost counterintuitive. Interestingly her blog was posted on June 16th before a new wave of flood emergencies swept through Manitoba and Saskatchewan, making her quote from Bob Sandford, chair of the Canadian Partnership initiative of the UN Water for Life Decade, almost prophetic:

“Now’s the time to move while the memory of (the 2013) floods is vivid and before the next extreme weather event (occurs) because you run out of capacity if you’re struck too often. I think it’s fair to say that we have a pretty good idea of what the cost of doing nothing is, and it’s mounting.”

Read the full article “Change in Attitude” at http://watercanada.net/2014/CHANGE-IN-ATTITUDE/